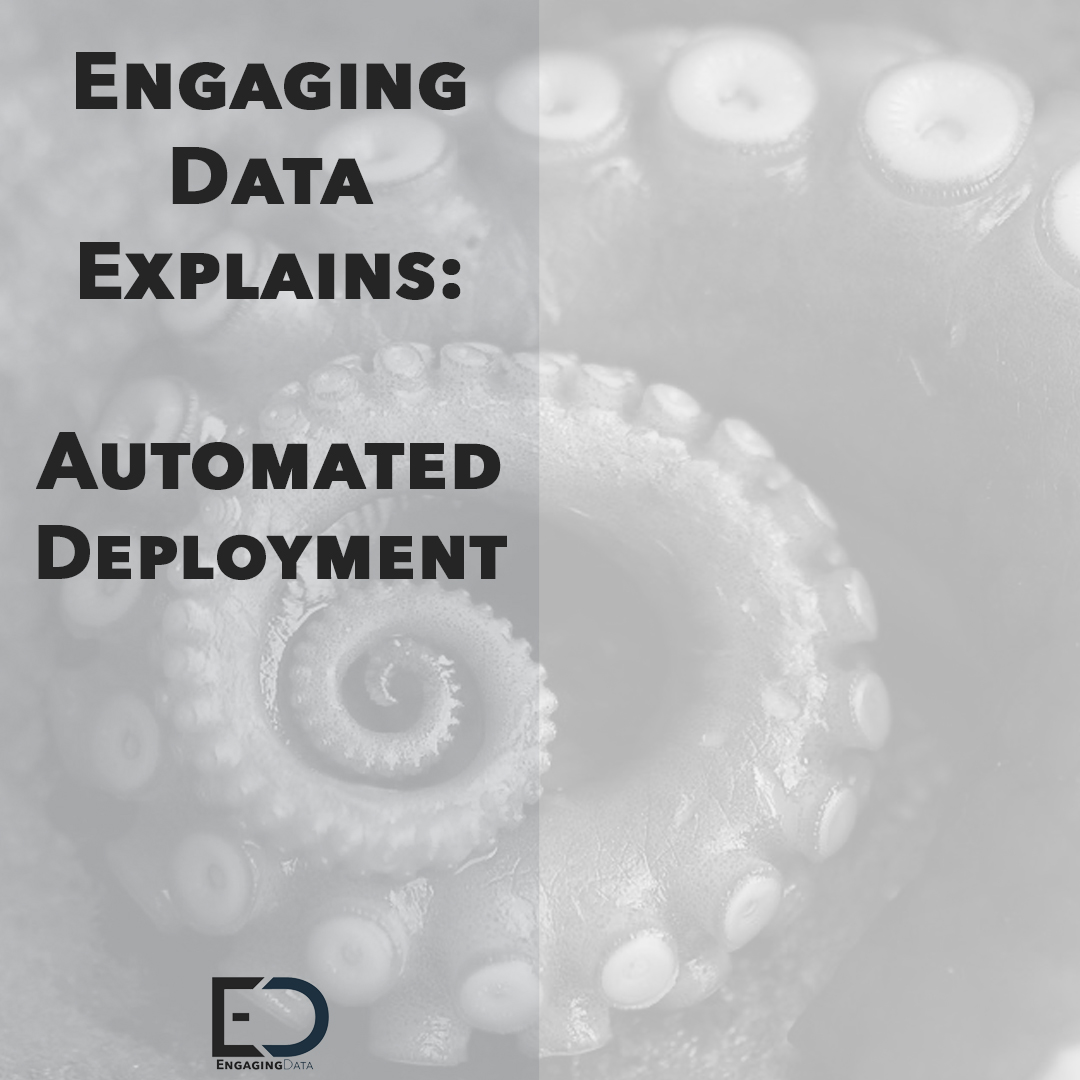 Many companies are looking to make Code changes/deployment easier. Often the ability to deploy code to production is surrounded by red tape & audited control. If you don’t have this, count yourself lucky!

Jenkins & Octopus Deploy are two, to name a few (see here), that are helping to automate the deployment of code to production. Allowing companies to adopt a continuous deployment/delivery approach.

For a long time, WhereScape RED has had its own method of automating deployment, using the command line functions.

Using tools such as WhereScape RED allow elements of automating deployments; however, we know that companies like to use a common toolset for their code deployments; like having a single picture of all the deployments and, in most cases, realise that they want to release multiple code deployments on different platforms because RED doesn’t do everything.

No problem! There are several ways to do this. Our perfered option is to push the deployment application to the code store respository. Afterall, it is more practical to store the changes you want to push to Production and not every change to any objects, including those that are not meant for Production!

Can I do This Now?

WhereScape RED uses a command prompt file to send commands to the admin EXE. All changes will be applied to the destination database (via ODBC). Installation settings/config is set using XML & a log file is created as part of the process. The XML file contains the DSN of the destination database. Let’s come back to this point later. The XML contains all of the settings that are applied when deploying the application. Settings like Alter or Recreate Job. Please make sure you have this set correctly. You do not want to re-create a Data Store table to lose the history!

Permissions are important. The key to running the command line to publish changes to production is that the service account executing the commands has permissions to change the underlying database.

Octopus deploy uses PowerShell as it’s common execution code. So we have adapted all of our WhereScape BAT files to PowerShell in order to get everything working.

Building a list of repeatable tasks within Octopus is easy & provides an opportunities to create a standard release process that meets with your companies standards/processes. Tasks like database backup, metadata backup and much much more!

It can even run test scripts!

We used a PowerShell script to create a full backup of the database, to be used should the deployment fail. With a larger database, this may not always be the best solution. Depending on your environment set up you may have options to use OS snapshots or other methods to roll back the changes. The good news is Octopus Deploy works with most technology, so you should find something that works for your technology stack.

Recently, we been playing with creating rollback WhereScape applications on the target data warehouse. This is great for restoring the structure of the objects quickly and easily. Reducing risk is a great value add!

Triggering the deployment was easy, we could set this up in many ways, but used “does the application files exists” trigger to get things started – until the humans learned to trust the Octopus process.

However, linking the release to Jira is just as simple. Imagine, you’ve completed development and want to sent the code to UAT. You click the button to update the ticket…….wait a few seconds…..and the code is deployed! It’s complicated to set up, but you get the idea.

Octopus is a great tool and the automation really helps to control the process of deployments. Coupled with WhereScape automation, this provides and excellent end to end solution for data warehousing.

If you are interested in CI/CD and WhereScape RED/3D, book a call us and find out how it could help your team.